Hans Waalwijk (Netherlands, 1960)
As historian and archivist, Waalwijk observes some artistic expressions and artistic cooperation from a historical, inter- / transcultural and a more or less legal, administrative perspective. First in 2013 and later from 2021 onwards he tries to help to express possible preconditions for Free Cultural Spaces to develop and maintain in an administrative environment. His main goal in this context is to make administration be aware that a society without Free Cultural Spaces is unthinkable, undesirable and inconvenient for all its partakers … including the administration itself. He is active in sharing and promoting the view that societies exist by the grace of space, free space, cultural space and thus Free Cultural Spaces.

Hay Schoolmeesters (1959)
As a cultural booster and organizer of, among other things, socially critical art festivals, Schoolmeesters has been a player in the Amsterdam field for many years and is a great advocate of creating maximum free space for people with free spirits. He moves between politics, art and activism and presents with reflective notions and statements unexpected but also possible ways of living within social relations. In recent years he worked as financial director and program maker at the Urban Resort foundation. In addition to his activities for the Cultural Defense Line (CSA), he is currently coordinator at Het Groene Veld, co-initiator of FCS (Free Cultural Spaces Amsterdam) and initiator of BOMRA (Belangroep Broedplaatsen Metropool Region Amsterdam). www.hetgroeneveld.amsterdam.

Patrick van Ginkel (1970)
As a social scienctst Van Ginkel was specialised in research for hidden populations. Thas explained why he is co founder of the resurgence of the Kabouterbeweging from 1969. He is active advice, research and organisation for the subuclture and holds various board positions in the cultural sector and co-initiator of FCS Amterdam. https://amsterdam2050.nl/in-gesprek-met-patrick-van-ginkel-en-gaston-ten-horn///// www.huistevraag.nl   //// www.kabouters.nu    ////

Aja Waalwijk (Amsterdam Netherlands,1952)
How to produce and maintain free space is a serious question. As a visual artist, word artist, performer and (co-)organizer of cultural events, Aja Waalwijk has been active since 1976/77 in various cultural free zones in Amsterdam. He co-founded several galleries or autonomous zones for the arts and made an initial inventory of Free Cultural Spaces (FCS) as part of the ‘Amsterdam Takes It’ manifestation in 1984. He was co-organizer from 1978 on of Aktion Freiraum which resulted in participation of the Amsterdam Balloon Company (ABC) at Documenta 8, Kassel (1985) and started sculpture routes during events of the ABC in the Netherlands and abroad. In 1992 and 1993 he initiated two thematic festivals at Ruigoord involving representatives of indigenous peoples. Around 2000, Aja Waalwijk participated in the Trans-Industrial art group TI-Prod, founded the Nomadic Museum and, as co-organizer of the ‘Urban Tribes Meeting’, initiated the ‘Urban Tribes Manifesto (2008) between Ruigoord (NL) and Christiania (DK ). He participated in the establishment of ‘The Cultural Defense Line of Amsterdam’ (2010), was the initiator and co-organizer of 9 symposiums FCS in the Netherlands, Denmark, Portugal and Lithuania from 2011. He also published articles on the subject and installed totem poles and direction indicators between FCS. In 2013 he published the booklet ‘The Emerging Network of Autonomous Zones’. It goes without saying that for him free cultural spaces play an important role not only in the artistic, but also in the social side of the concept of freedom. Networks for future development of artistic and cultural exchanges between FCS are seen by him as fundamental for collaboration on a transnational level. For a world where freedom of expression in public space is becoming increasingly difficult, the Declaration Concerning The Universal Value of FCS will hopefully lead to governments developing a different view of free spaces, whether they are nomadic, appear in festival form or as a product of unexpected uses of space. 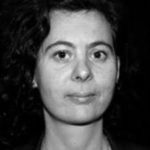 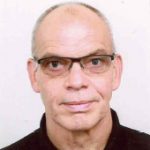 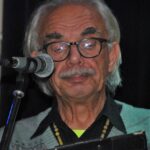 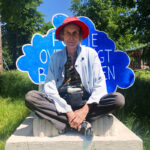 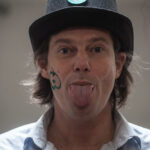 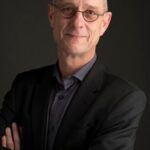 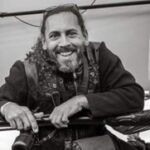