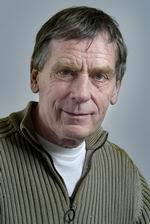 Dutch visionary Luud Schimmelpennink came up with an innovative idea to solve traffic jams and pollution on the streets of his native Amsterdam. It was called the ‘Witkar’, or the white car, the world’s first electric car-sharing scheme. The first Witkar took to the roads in 1974, but it was ahead of its time. Now though, Luud’s idea is being copied in cities around the globe.