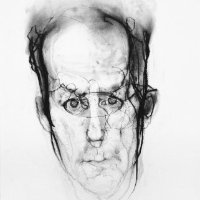 As a university-dropout, Menno Grootveld started doing pirate television in Amsterdam with PKP TV and Rabotnik TV in the early eighties. Rabotnik TV was the media-branch of an extensive underground-culture that existed in Amsterdam during the eighties, which also included a concert hall (NL-Centrum) and a political party (De Reagering). In the mid-80s Menno started organizing major media-conferences, the first of which was the European Media Festival in 1985 (mainly focused on radio), followed by the Wetware Convention (1991) and four Next 5 Minutes-conferences that introduced the concept of ‘tactical media’ (1993, 1996, 1999 and 2003). In the mid-90s Menno had a short stint as a programme editor of “W.E.B.”, a bi-weekly series of programmes on national television about the so-called ‘digital revolution.’ Menno currently works as a translator and a journalist, runs his own publishing house in Amsterdam, and is a member of DiEM25 in the Netherlands